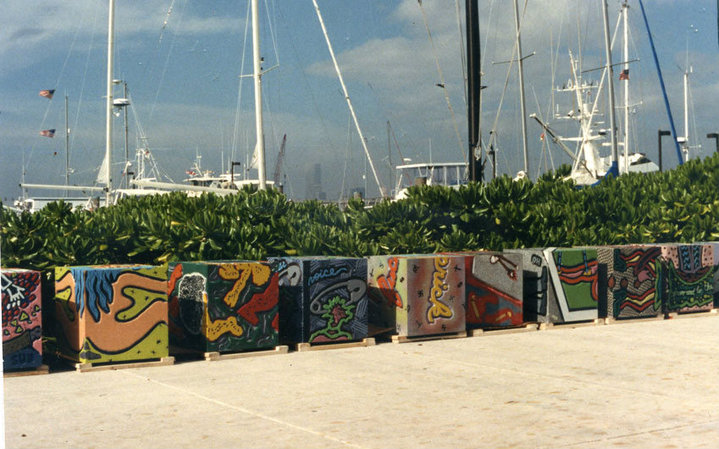 The Tethys Project, conceived produced and executed by Robert Schuler, was the largest art project in the world. It involved dropping 500 lb granite blocks around the globe, carved with messages and symbols. Jason carved these designs into many of the blocks.

The World’s Largest Art Project is known as The Tethys Project. A ring of granite markers, each carved with ideas and messages from our time, is still being dropped around the globe. The blocks began being dropped in 1986, but were carved and painted by Schuler and his team in the years prior. They were brightly colored, painted over, but deeply carved. Millennia after the paint wears away the carvings will still be there, perhaps for millions of years if conditions are right. Handling 500 lb granite blocks was no small matter and neither was carving designs into them. 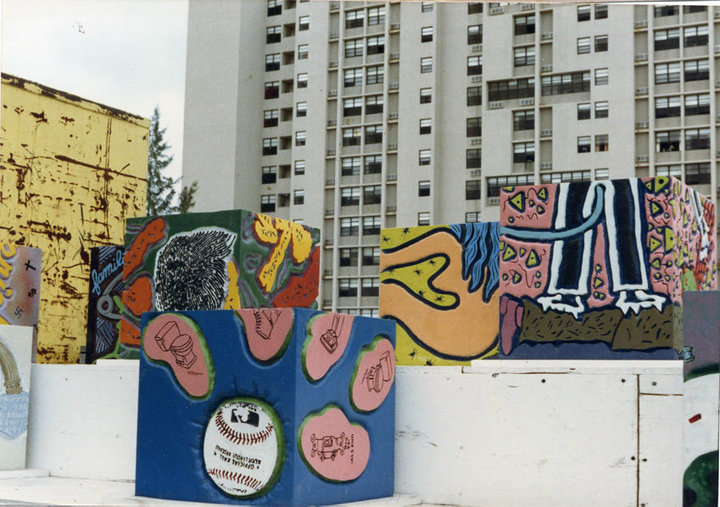 Jason Pelish was part of the team that worked in the Boca Raton Studio in Florida. Robert Schuler leased a gigantic warehouse space to house this project of unprecedented proportions. The studio was essentially one side of an enormous warehouse in Boca Raton, across the railroad tracks from Pearl City, in the heart of Boca. On one side of the warehouse was the working area, and in it there was a giant sandblasting machine. Jason’s job was to use the sandblasting machine to blast away the granite. Carborundum, essentially diamond grit, was shot at the face of the granite, slowly eating away at it, carving into designs wherever there wasn’t rubber stencil stuck to the granite. 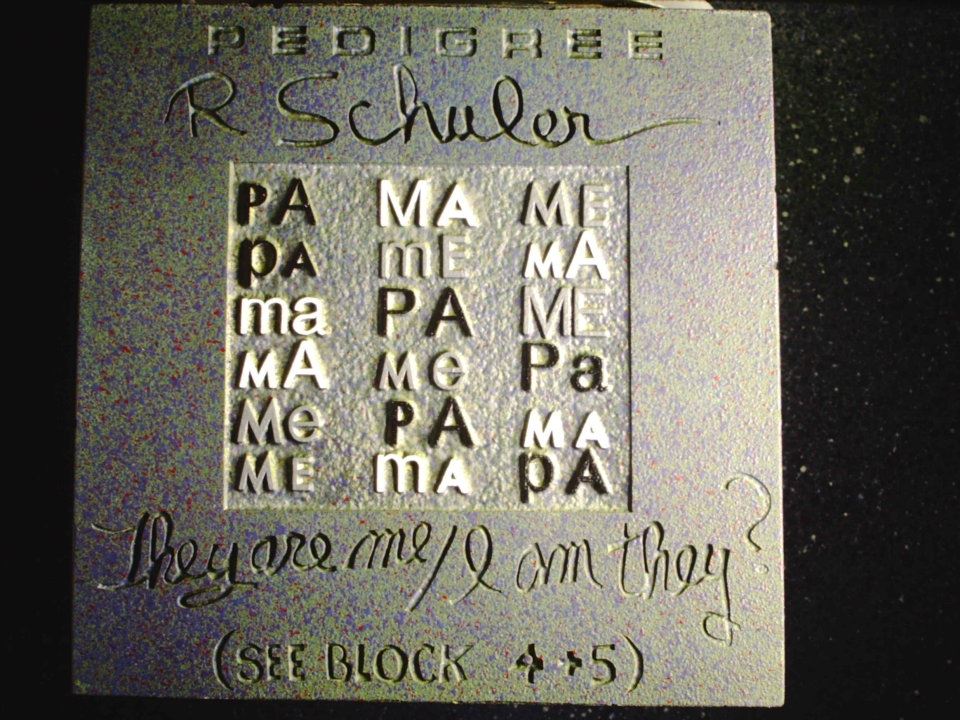 Jason was lucky enough to get this opportunity because his mother, Susan Pelish, had worked with Robert Schuler before. His mom, a naturally talented graphic artist, had studied with Schuler at Pratt Institute. She worked to transfer and refine Schuler’s drawings into stencil patterns, removed and blasted in a specific order to achieve the texture, angles and depth desired. Jason would then do the blasting, monitored by his mother and Schuler, directed how to angle the gun or focus the blast in different areas. 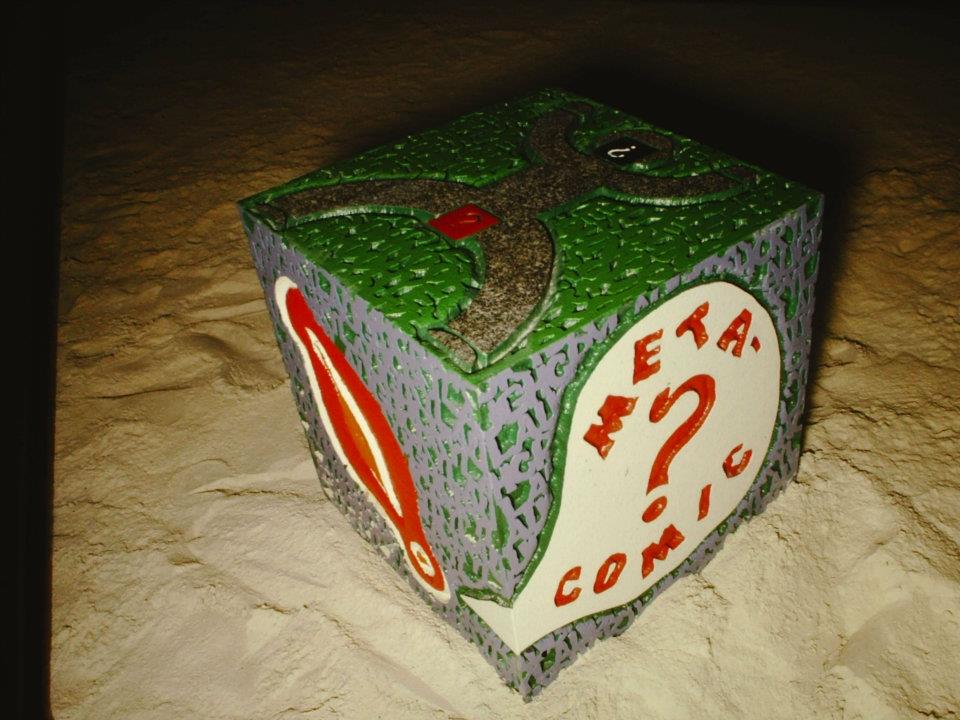 After blasting the blocks were cleaned and painted. Jason never got to go on any of the voyages where they were dropped in the ocean, but had the unique honor to work on several dozens of these blocks, helping prepare them for their final destination: under the water, kept separate from what happens above. Some you can still see, some you cannot. Some may never be seen again. Some may never been seen until they’ve been long forgotten along with everything else, a delightful artistic surprise for someone to discover far into the future: a message of who we were now. 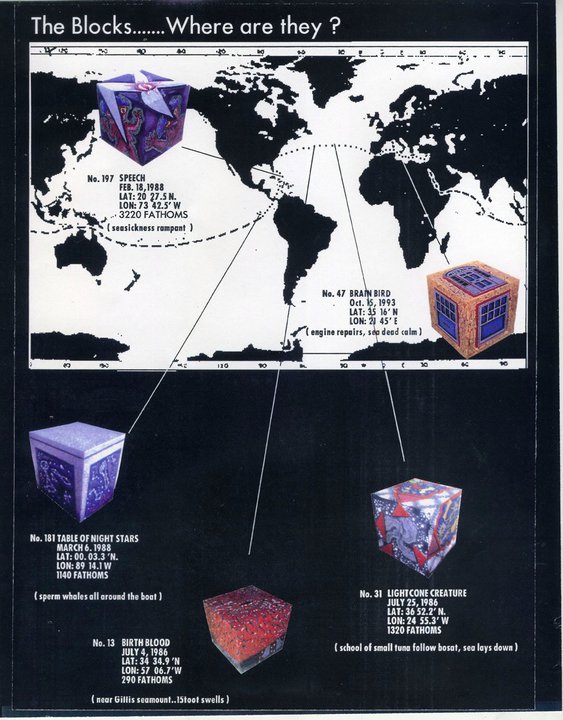 Since, Susan received a degree in Oceanography from FAU and became highly renown for cold etched glass, an evolution of the skills first learned with the Tethys Project. Both Jason and Susan are available for consultation and are highly motivated to work with underwater art and ecological restoration projects. Susan can be reached by email at susan@pelish.net.